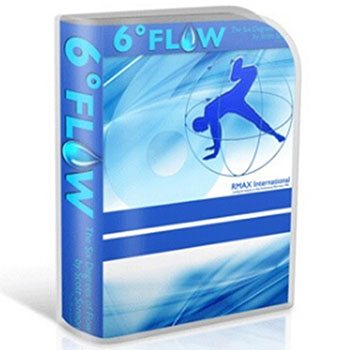 View cart “Six Degree Flow” has been added to your cart.

WHAT IS 6 DEGREE FLOW?

Are you struggling with nagging weight and size issues?

Do you believe you’ve already attempted every method to regain a toned, trim, firm, fluid suppleness which we seemed to have effortlessly enjoyed as children?

Have you exhausted your patience and drained your energy with the painful, injury-inducing repetitiveness of the same mundane approaches that leave you frustrated and cynical?

In the 1990s, after years of research, TACFIT Founder Scott Sonnon created a simple, fun, fulfilling and painless method for losing unhealthy levels of fat, watching the inches disappear and eliminating harmful distress to your physical and mental health.

It’s a science Scott Sonnon introduced to the world that he simply labeled “flow.” It has since revolutionized health and fitness industries globally.

6 Degree Flow is decades of science and Sonnon’s own collected data as he’s worked with the highest levels of athletes and tactical military personnel as well as those people who struggle with chronic pain and mobility issues from simple life and workday stressors.

Flow will burn off the fat without pain and injuries while downshifting and focusing on the smooth quality of movement. Further, flow is how it regulates the sympathetic nervous system to normalize levels your levels of Cortisol, the stress hormone.

Regardless of your level of flexibility or level of conditioning currently, you don’t need to struggle or aggravate any prior issue. You will, however, begin to notice dramatic changes after the first few sessions.

Scott Sonnon was forced into a life of seeking alternative exercise options due to early childhood joint disease and motor challenges. Institutionalized for his learning difficulties in a psychiatric hospital, teachers and doctors advised that he set low-bar realistic expectations on his potential. Through tremendous persistence he rose to become an adjunct professor of physical education at Penn State University, a US National Team Coach, and a 5 time international martial arts champion.

In flow, discover a renaissance in age-defying lifestyle evolution.

Since finding Scott’s flow, my wife and I have been healthier, happier, and more agile all around. My injuries have healed nicely, I’ve improved flexibility, and have more holistic flow in my body. I still enjoy my weight lifting and sports, but now, I have an enhanced lifestyle with flow.

The wonderful thing about Scott’s flow program is that it really works! I have seen incredible improvements in my agility, range of motion, cardio-respiratory endurance and overall robustness. I haven’t been able to move like this in years! Also, the incrementally progressive manner in which it is presented makes it safe for people of all ages and fitness levels and can be performed almost anywhere, at home or when traveling. I recommend it to all of my patients in my chiropractic practice.

There is NO RISK for you! Try it for 30 days and if you’re not satisfied, we’ll refund you 100%, no questions asked!