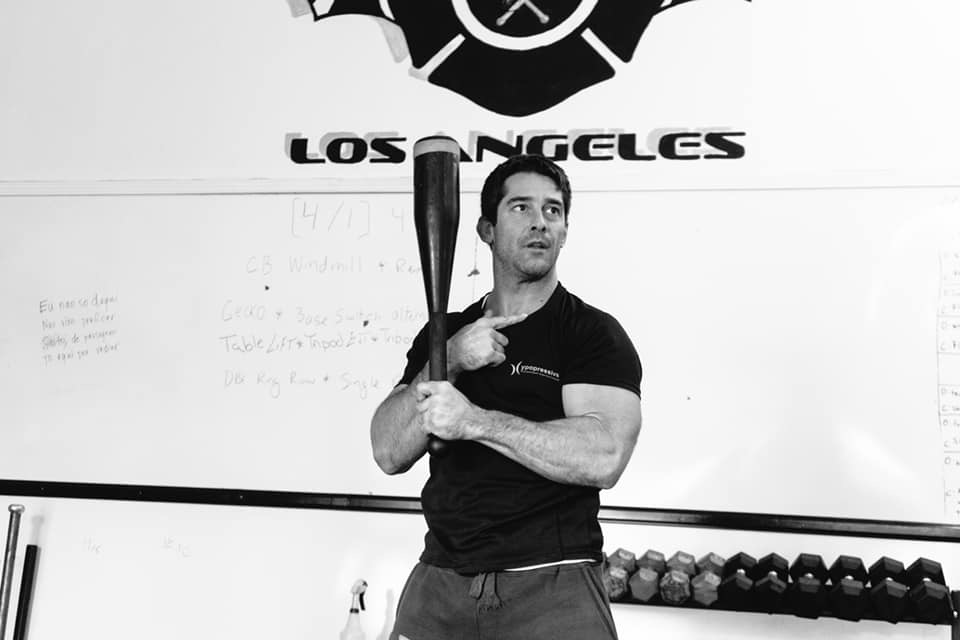 Sports movies are undoubtedly a source of inspiration. As the story unfolds, we become emotionally charged witnessing the struggles of the protagonist. Although innately talented, the main character lacks direction. We’ve seen it in Rocky, Million Dollar Baby, The Karate Kid; in every single movie. While the lead has the heart of a champion, there is one crucial piece their success depends on – the coach. The coach not only guides the student in drills and technique but in mindset. Intuitively connected and having amassed years of experience, the coach serves as a pillar, lifting the athlete to heights sometimes, never before imagined.  What differentiates a coach from merely teaching to inspiring? There is a vast difference between leading and pushing, training based on knowledge and being the knowledge. Coach Robert Miller, TACFIT® team leader and head coach at TACFIT Los Angeles, is just that, a living breathing example of a coach leading from the front.

I was introduced to Coach Robert by TACFIT® CEO and owner of Legacy Burbank, Professor Alberto Crane. It was the weekend before I would begin my first TACFIT class. Little did I know that this once upon a time stranger would become one of my strongest allies.  Coach Robert’s training expands outside of the gym, guiding and inspiring his students to move beyond any limitations.  With a watchful eye, he surveys his student’s training, corrects, validates or modifies the movement according to each person’s fitness level. On occasion, he holds a sacred space while some students (including myself) have had an emotional breakdown in the middle of a work-out. Quietly, respectfully he whispers, “It’s o.k. Let it all out.” After class, he always stays and talks with class members, further explaining a movement. Some refer to him as “Buff Rob ” and rightfully so. This former Men’s Health fitness model, actor, stuntman, Jiu-Jitsu practitioner, bodybuilder, and coach began his career with a goal and continues to lead his life with purpose.

“Back in 1997, I moved to New Jersey, and it was then that I decided I wanted to be in Men’s Health.” After looking through the magazine and finding the description of their fitness models, he found that they were in their 30s, 6 feet tall, and about 185 lbs, “So, I made that my goal.” In a modern age where programs are sold based on promising instant results, Coach Robert explains he didn’t audition for Men’s Health until several years after lifting, because it takes years to build muscle. He landed his first gig and became one of Men’s Health’s primary fitness models for fourteen years. His “why” as he explains it was to be in the magazine. There is no doubt he inherited athletic abilities having played basketball from the age of six, setting records in high school, and playing through college. With dedication, he chiseled his body to meet the standards that aligned with the desired outcome. Coach Robert is a great example of what happens when you set a goal, believe you can accomplish it, train properly, persevere and maintain the mental strength to see it through.

When I see him inverted, balancing his body on his head while I can barely touch my toes, it makes me feel better knowing that his physique and level of fitness was not accomplished by following a 90-day program, nor does he promote that quick fix philosophy. His counsel is easy, “Just keep showing up.”

A Lesson In Humility 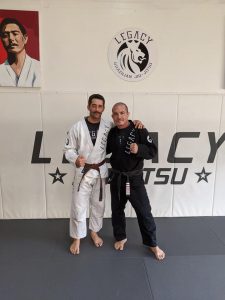 “I remember when I first started doing Jiu-Jitsu back in 2004. I was doing a lot of bodybuilding and challenged a world champion Jiu-Jitsu black belt to a ‘deathmatch.'” Coach Robert talks about his confidence in his strength walking around at 185 lbs, while his now good friend weighed about 150 lbs. “We met after work, at a school for our ‘deathmatch’ and man, he just mopped the floor with me. I didn’t have an answer for anything that he was doing.” In his bewilderment, he wondered, “What is this voodoo nonsense going on here, and how is this little guy just controlling me, choking me, breaking my arms…every minute he was just wrecking me.” After about fifteen minutes he realized that no matter how strong and buff he was, he did not have the technique. He began to take privates and soon became a Jiu-Jitsu practitioner.

After his so-called “deathmatch” he could have continued excelling in the world of bodybuilding, and never come to know the world of martial arts. Although he took a few years off while he moved and located a new school, he came to meet Professor Alberto in 2013 at Legacy Burbank and began training once again. Coach Robert demonstrates that one can be confident in their abilities, but humble enough to know when there is room to grow. As a result, he was recently promoted to brown belt under Professor Alberto Crane.

Once Upon A Time In Hollywood

A Philadelphia native, Robert landed his second gig as a stunt coordinator in a music video. That opportunity opened the door for him to work as an extra in a Bollywood film which led him to shoot in India for twelve days. Soon after he started acting and landed roles in commercials and movies. The reason he started doing stunt work, was guided by the same reason he began modeling…the why. “My inspiration was to not work at an office. I couldn’t see myself as an office drone.” In his roles, he has been set on fire; portrayed as an FBI agent, thrown out of buildings, and even portrayed WWE Hall of Fame inductee, the “Ravishing” Rick Rude in a skit produced by Tosh.O. There are thousands of aspiring actors, directors, editors, musicians, dancers who flock to Tinseltown to pursue the dream. For many, those dreams are never realized and they either succumb to a starving artist lifestyle or give up. What is it about Coach Robert that has supported his journey? Despite his athletic abilities, youth, and good looks, things weren’t always easy for this all American. 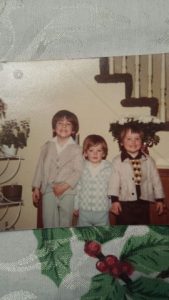 It was hard to believe that Robert was once a skinny kid, who didn’t have friends and was getting bullied. He opens up and says, “People say, you have it easier. You’re young, you’re good looking, you’re talented, you’re fit. You can’t just look at the book. You have to look at everything.” He continues, “When I was in the eighth grade, without any friends, the cafeteria is huge, and there’s no place for me to sit and I don’t know anybody, and I’m shy, so where did I go for lunch? To the bathroom stall.” This scene is one we’ve seen depicted in a movie, but I would have never imagined “Buff Rob” lived this experience.

Although he has a hard exterior shell, I have witnessed his sensitive side, and how much he cares for his students. One day after our TACFIT class, I opened up about my struggles with depression. Not the least bit alarmed he simply nodded with empathy and said, “There have been days I have been depressed…” Like a good superhero, he removed his armor and opened up about his own struggles; revealing his humanity by which he alleviated my own burden. I refer to him as Mr. Olympic and cannot conceive him struggling. His transparency served as a conduit for peace. Suddenly it was clear, no-one struggles alone. Our conversation brought into focus that behind the scenes of a person’s smile, there could be heartache, loneliness, depression and even despair.

“I think that’s a big problem in the world; we don’t open up our hearts to people that we don’t know. We just make these assumptions about who they are based on what they’re driving, what they look like and how they carry themselves.”

Becoming a TACFIT certified team leader all began with a phone call. Coach Robert called Professor Alberto to ask if he needed any coaches at Legacy Burbank. They had a meeting, agreed that he would teach Cross-fit, but instead, Professor Alberto migrated toward TACFIT. Having suffered a back injury while training and have a prognosis that required surgery, Coach Robert searched for ways of healing his body through movement and began practicing Bikram Yoga. “There were mornings where I had to crawl out of bed and couldn’t stand for more than ten minutes,” he says. “When Professor Alberto introduced me to TACFIT, I began to move better and my body continued to heal.” Coach Robert became a certified TACFIT team leader in 2019 and is our head coach at the TACFIT Los Angeles.

Although he continues to work in the entertainment industry, it is evident that he is passionate about his role as a coach. “Providing entertainment for people is great because we all need that kind of relief in our lives, but making people move better, feel better, sleep better, live better is invaluable.” With enthusiasm, he continues, “Receiving messages from people saying ‘thank you’ because their lives have improved based on the exercises we have taught them is worth more than any paycheck.”

Each TACFIT class follows the technique and philosophy of our founder Scott Sonnon. With clear directions and an uplifting spirit, Coach Robert guides us through the warmup, explains and demonstrates each progressive or regressive movement, weaves throughout the class supporting students with form correction. His commitment propels us to perform at our peak. As the Rocky soundtrack plays, and heart rate increases he reminds us to breathe, to shake our bodies and recover quickly. “If you need to take a round off, go ahead and rest, just don’t rest on the last round.” There is a cohesiveness amongst the class as everyone works together to ultimately improve our overall quality of life. Coach Robert’s training and leadership are tools that filter into our everyday life. When demands bring on a stressful situation, follow the instructions he provides during the final minutes of class, “Be still, close your eyes, palms up, and just focus on your breathing. Take as long as you want. There is absolutely no rush.”

“You’ll be surprised about how better you can feel just by introducing new movement to yourself.” – Robert Miller