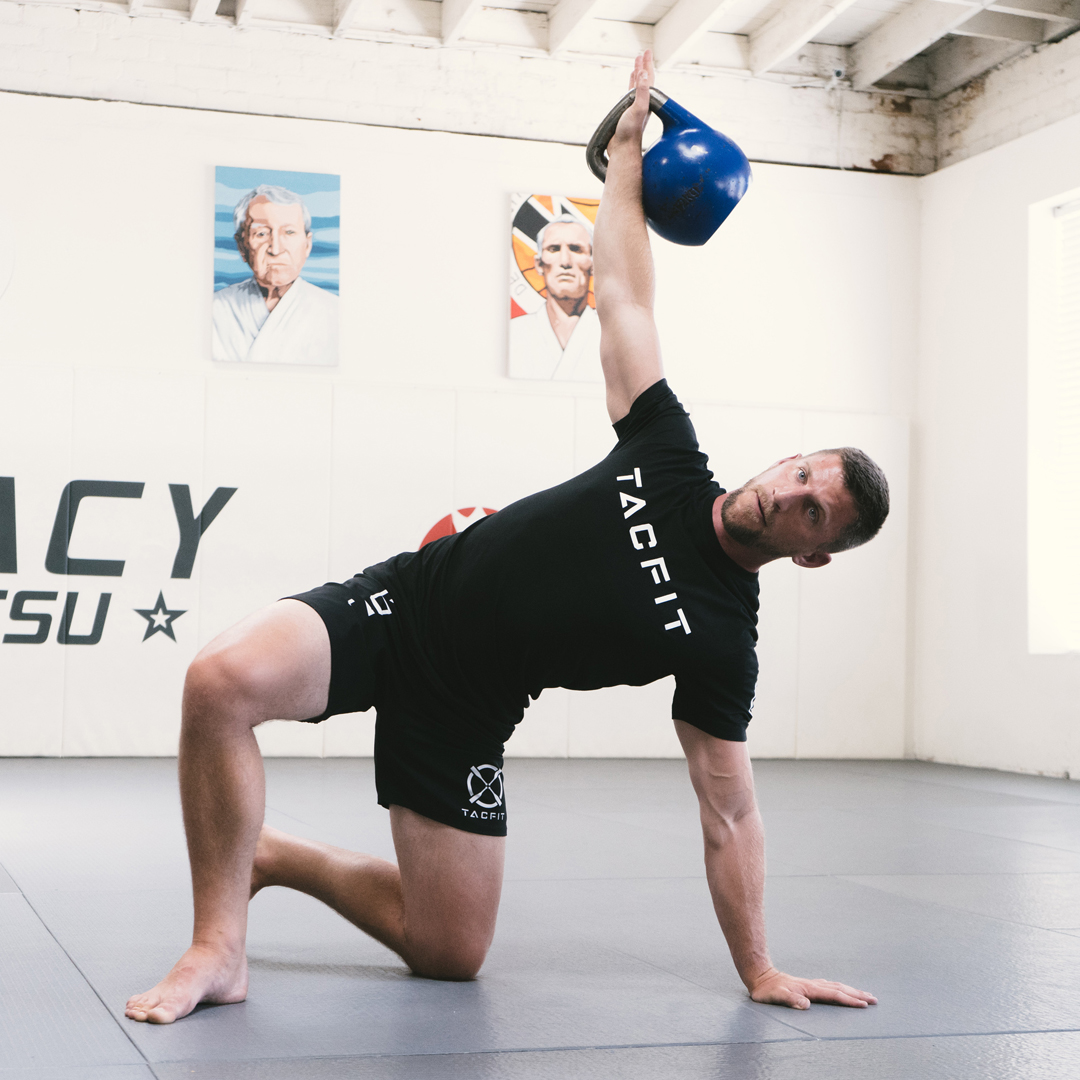 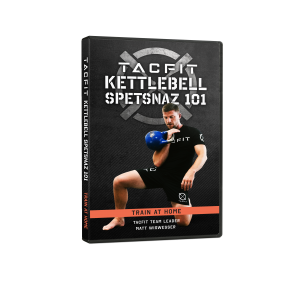 In 1996, TACFIT Founder Scott Sonnon first came across this unique use of the kettlebell (which was really a weight used in crop harvesting), took what he learned from the Spetsnaz and turned the kettlebell into a modern science sport. Proven effective in professional and amateur athletes, Special Operations personnel and “regular joes” you, too, can build a lean and sleek muscularity while boosting your performance and health to new heights.

On Wednesday, Sept. 23rd, 2020, we released an introductory version to
Sonnon’s original program, TACFIT Kettlebell Spetsnaz 101
with Team Leader Matt Wiswesser
leading you through several exercises and a variety of 2-week training protocols.

Here, Scott explains the difference between Kettlebell Spetsnaz and any other kettlebell program on today’s market:

By Scott Sonnon, Founder of TACFIT

“When I left for Russia in 1996, I was a lot like you. I was thirsty for the truth about effective training. I was tired of gimmicks and “flavor of the month” fat loss & muscle building scams. I crossed an ocean in search of the TIME-TESTED methods old school Eastern athletes and Special Ops had been using for generations, to not only build awe-inspiring physiques but to out-perform their Western counterparts at every turn.

In the West, it seemed like we were constantly focused on tools and tricks. The latest trend proved irresistible as it pulled us off track from our performance and our physique goals. $10,000 machines were shiny distractions from real progress. What I discovered behind the Iron Curtain changed everything. I found methods that would propel me, my athletes and eventually my physique clients directly to their goals — both rapidly and sustainably — using a single tool that was as simple and raw as it was effective. Almost unknown back in those days, the simple kettlebell has since exploded in popularity here in the West. But most people — even well educated coaches — still aren’t using it to it’s full potential.

Unfortunately, when it comes to building a great physique and ensuring optimal performance in your sport or on the job, most programs out there focus only on working muscle and burning fat. And as a result, program designs are usually limited to one-dimensional gross motor movements. 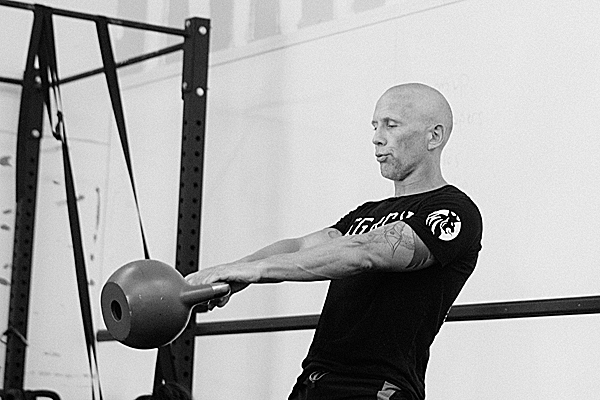 Make no mistake. Conventional kettlebell exercises are tough. And you FEEL like you’re getting a great workout. But there’s a glass ceiling to what you’re able to accomplish with brute force alone. If you’ve ever worked with our TACFIT Kettlebell Spetsnaz programs, you’ll know that won’t happen with our material. When in Russia, I immediately recognized how to apply the methods I was learning from the country’s top sport scientists and coaches to this timeless tool.

The training system I came up with was so powerful that I even ended up coaching their Spetsnaz coaches and personnel. At the time, having a foreigner in that role was unheard of — and more than a little controversial. The fact that they even allowed it spoke volumes about the powerful results I was getting with my approach.

The Solution? Use tactical and functional kettlebell training methods

Because I’ve put in the time, you don’t have to. By following the programs I’ve developed for my special operations clients and law enforcement units, you can expect a wide array of benefits, including…
•  Accelerated fat loss lean and sleek muscular development,
•  Functional carryover into your sport or occupation,
•  Increased adherence to your exercise program
•  And even a ramped up metabolism

Part Of The Secret — Variety And Progression

It’s important that your training be infused with variety and progression. Unfortunately, that’s a rarity in most kettlebell programs. If you stick to those “other” programs, you’ll eventually either get bored and give up, your body will begin to break down from injury and overuse, or you’ll reach an unbreakable plateau in your progress. That’s because your focus on muscle building and fat loss ignores the most crucial element in your training — your nervous system. 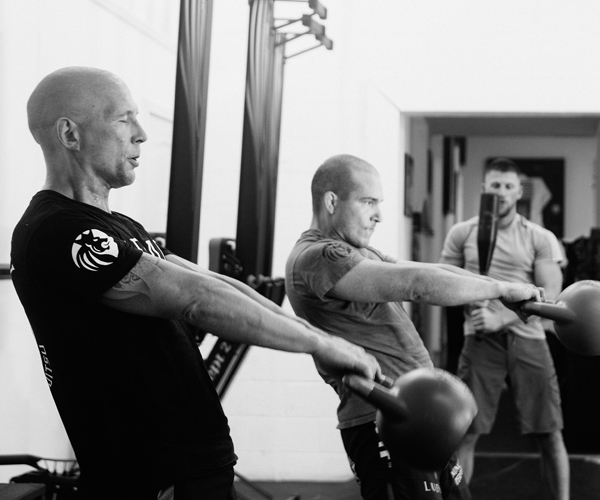 And that truly is the key. The nervous system drives everything. If you don’t challenge, stimulate and develop it, your progress will stop dead in the water. The key to optimizing your workouts and fully stimulating your nervous system for maximum physical development is the inclusion of exercise sophistication.

What’s that? Essentially, it boils down to starting with a simple movement and adding small pieces of complexity only when your nervous system is ready to take on the next challenge. Incrementally stimulating the nervous system without blowing a fuse by adding too much motor complexity too quickly. You first learn to apply your maximum effort to a basic movement. And then — when you’re ready — you move on to the next level and do the same.

Motor programming is an admittedly complicated subject. But you DON’T EVEN HAVE TO THINK ABOUT IT. We’ve taken care of the entire process for you in TACFIT Kettlebell Spetsnaz. Just follow the step-by-step progression and you’ll have everything you need to take that next big leap in your training. Whether you’re an athlete, a soldier, a police officer or just a regular guy or gal who wants to look and feel great, this kettlebell program is perfect for you.

If you put in the effort, you can expect that fat to drip off your body as you reshape a lean and sleek muscularity. You’ll notice your movements becoming more refined as your timing and coordination sharpens. And you’ll even notice that picking up new skills in other areas, such as sports or on the job, will become easier as your nervous system begins to function at entirely new levels.