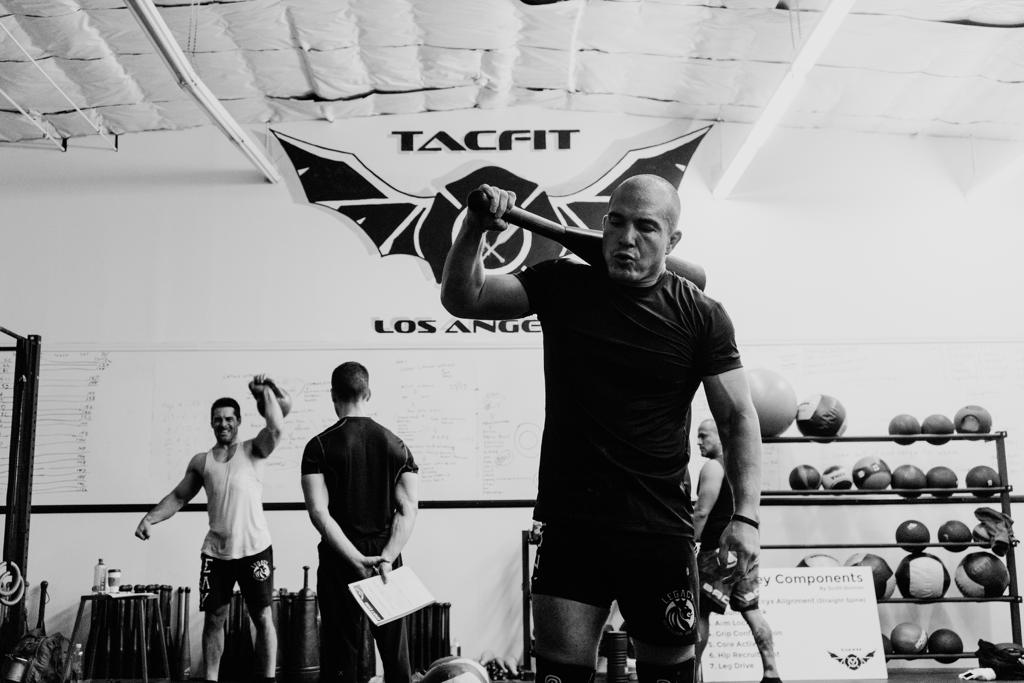 It felt like the summer of ’73; my first day of kindergarten. The classroom was standing reciting “The Pledge of Allegiance.” Because I arrived late, I did not want to walk in. I stood outside, perfectly still, with tears in my eyes, trying to be invisible; feeling nervous and wanting to go home. Then, she spotted me; my teacher that is. She approached me on the steps, bent towards me as she reached her hands out and squatted so she could be eye level. At this point, my tears rolled down my face. With the warmest demeanor and most beautiful smile, she said, “Don’t cry. It’s o.k. Come in.” With gentleness, she guided me through the doors to join the classroom

Although the classroom and year are vastly different, I felt the same emotion two weeks ago, only this time the setting was not at an elementary school but a gym. That morning, I had an early meeting with Brazilian Jiu-Jitsu black belt, MMA fighter, and owner of Legacy Los Angeles, Professor Alberto Crane. (I wrote a post on him previously. Click on the link if you would like to read.) When scheduling a time to meet, I suggested a 7 a.m. meeting to which he responded, “We can meet early and then afterward you can do TACFIT™. Deal?” I answered, “Deal.”

After viewing Professor Alberto’s journey and certification as a TACFIT™ team leader, I expressed an interest to my son Anthony who trains at Legacy, about joining the class. However, because of my mobility restrictions (everything hurts), I didn’t feel it was the right time to join. But, once Professor Alberto asked, I felt compelled to try.

Our meeting ended and class began. With the same trepidation, I felt before entering my kindergarten class, I paced back and forth in the waiting area while Professor Alberto took a call. At one point I gathered my belongings, strapped my purse around my shoulder the way one does when you’re getting ready to leave, and stood outside of Professor Alberto’s office, hoping he could see my heighten level of anxiety and release me.

As his called continued, I hovered while biting the tips of my fingernails off. As much as I wanted to leave, I could not. I gave Professor Alberto my word. My heart skipped when I saw him exit his office while still on his call. I thought for sure he was going to tell me to come back tomorrow. As I got ready to walk out of the gym, with a kind smile he ushered me to the class.

It ok, Come In

I walked into a fitness environment unlike I’ve ever seen. The instructor (Robert) stood at the front of the room and the participants stood in a U-Shape around him. Most attendees including Robert were barefoot. With my eyebrows raised and a look of fright, I clenched to my purse as if it was a survivor’s bag. I was then greeted with the same kindness my kindergarten teacher offered. A beautiful young woman emerged (Erika) and appeased my nerves.

With kind eyes and a warm smile, she reached her hands out to me and guided me in. “Hi, you’re joining the class? It’s o.k., come in. You can set your purse down here.” As I looked down at my shoes wondering if I had to remove them, she interjected, “You don’t have to take off your shoes.” She stood at my left and I began to do the warm-ups. Professor Alberto joined to my right shortly afterward.

I Can’t Do That

Every time Robert would give us an example of the exercises, my internal response was, I can’t do that. As he demonstrated four different intensity levels, I was in shock at his athletic ability. O.k. Mr. Olympia! For sure, I can’t do that! With each movement, the inner chatter roared. At one point, I literally wanted to cry and then could hear my son’s military voice, “Mom, don’t cry.”

Later that day, my son called and asked how I liked the class. I answered, “In all honesty, I hated every minute of it.” I could not say that I enjoyed it because I was in my head the entire time. Those old notions of, I don’t belong here. What am I doing here? I am unfit for these exercises; feeling uncomfortable, etc. My son asked again, “Yeah, but how did you like it.” The same question forced me to think of what I did like, and truth be told, from the first day my body felt liberated. I felt as if the knots constricting each movement were being unraveled. I felt lighter; different; better.

My son and I laughed as I shared whenever I explained to professor Alberto, “Oh, I can’t do that. My knees hurt.” He would look at me and nod and then bring me a mat. “Use the mat.” There was a movement that required a push-up. “Oh, I can’t do that, I have a bad shoulder.” Once again Professor would nod and reply, “Don’t do the push-up, just hold the position.” I thought for sure I would be allowed to sit out on the movement that required one to push yourself up on a set of rings, but Robert came, adjusted the rings and said, “Just push yourself up on your toes.” Both Professor Alberto and Robert assisted me in modifying each movement to fit my personal fitness level and encouraged me to rest if I needed to. They have been the two supporting pillars helping guide me through this new journey of restoration, to which I am incredibly grateful.

Every day I realized each movement is not about my impaired athletic abilities but it is about doing my personal best. Even if my position is supported by my toes or my knees have to bend because I’m unable to keep my legs elevated, I keep trying. It’s hard to just lie down when everyone around you is giving it their all.

My favorite moment of the class is the last minute. Robert asks us to lie straight, with palms up, eyes closed and to just be still. I take a deep breath and tears flow slightly from the corners of my eyes. My emotions are elevated, my heart is open, and I feel completely present and at peace. That final minute goes by too fast. I don’t want to get up. And then I hear Robert say, “Whenever your ready, you can get up. There’s absolutely no rush.” I open my eyes, rise, and am greeted with a smile, a few nods and a fist pump from Professor Alberto.

In two short weeks, my mindset shifted. The camaraderie of the classroom and each person’s devotion was inspiring. The mental struggle caused by my own inner chatter subsided and realized that I absolutely belong in a classroom that holds the intention of guiding me to move and heal my body. I accepted that I do not have to force my body (or myself) to give that which I am not capable of giving. All I have to do, as Professor Alberto and Robert say to me each day is, “Just show up.”